We have 3 letters and 2 vowels to cover in today’s lesson. The first two letters we are learning are ALEF and AYIN. If I asked you what sound these two letters make, I imagine you would guess “ah” like autumn or “ay” like airplane. Well, I’m throwing you a curveball because these two letters are silent letters. Please forget anything having to do with the English letter/vowel “a.” I’ll go more in depth about what that means exactly as we continue with the lesson, but hopefully the title of this lesson ” Shhh!” makes a little more sense now.

The letter ALEF is known as X Marks the Spot because it looks like an X when printed or written in block letters. It is also the first letter of the Hebrew alphabet. ALEF is a silent letter. When you see the letter ALEF, you immediately look to the vowel below, next to, or above it and only verbalize the vowel’s sound.

The letter AYIN is shaped like a lowercase y. This is important because the final letter we are learning today, TSADEE, is shaped like a backwards y. As I’m sure you can imagine, that makes things a little confusing. So, how do you remember which letter is which? When you have a Hebrew word in front of you, look at the letter and use your pointer finger to draw a lowercase y in the air. If the lowercase “y” is written in the same direction as the letter in the word in front of you, then you know it’s AYIN because AYIN has a “y” in its name. As a reminder, AYIN is one of two silent letters in the Hebrew alphabet, the other being ALEF. You look to the corresponding vowel to determine the sound.

The letter TSADI is shaped like a backwards “y” but with much sharper lines compared to AYIN’s more rounded ones. Just like SHIN has a sound that combines two English letters, TSADEE makes a “ts” or “tz” sound like the double z in pizza or the sizzling sound of water being dumped onto a burning candle.

I like to imagine that there are different pizza slices in the letter TSADI. 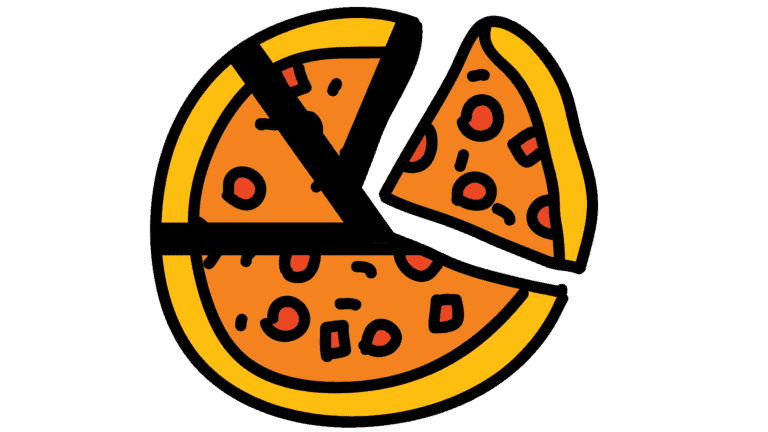 The EE vowel is simple. Just place one single dot centered underneath a Hebrew letter.

Ok, so it’s not quite as straightforward as I led you to believe. There’s one more thing I’m throwing at you to shake things up.

Sometimes the letter YUD will be next to a letter that has the EE vowel underneath it.

If the YUD doesn’t have a vowel under or next to it, then it becomes part of the EE vowel or in our case, EE vowel #2. There is only one syllable.

Think of it this way:

You should have made the same sound for numbers 1 and 2. That is why adding a YUD without a vowel to the EE vowel keeps the same sound.

Now, how would you pronounce this word “EEyAH” in English?

Here are a few examples of how you could write EE-yAHw in Hebrew:

Are you ready to continue?